Halytska Square begins its history from the square in front of Halytska Gate, acquired a more or less modern design after the dismantling of the city walls and got its layout thanks to the city gardener A. Roering, who redesigned it twice, and was rebuilt in Soviet times too. Among the historical layers of the square: the settlement under guard, the non-existent Church, the apartment of the city executioner and the torture chamber, the Galician bazaar, the fountain Svitezyanka, in Soviet times was transformed into a fountain with a boy, and even later - a fountain Dandelion, also ran a horse and later an electric tram.

Halytska Square is the entrance to the old part of the city center, or a continuation of Halytska Street (if you go "out of town"), from where a large stream of people walking through the center flows. This area is a formal extension of the city center, but is often not perceived as such due to the transport barrier. There should be enough space so that people do not interfere with each other, waiting for public transport, and intense pedestrian flows flowing from the crowded center through the city towards Knyazya Roman Street and Soborna Square.

This public space is a meeting place, where begins an evening with friends or a walk around the city. Therefore, the area with the fountain should be especially cozy for rest and (waiting), short and long stay in the city, filled with fresh water and shade of greenery that frames it, to create a feeling of protection from the noise of the street and everyday life. 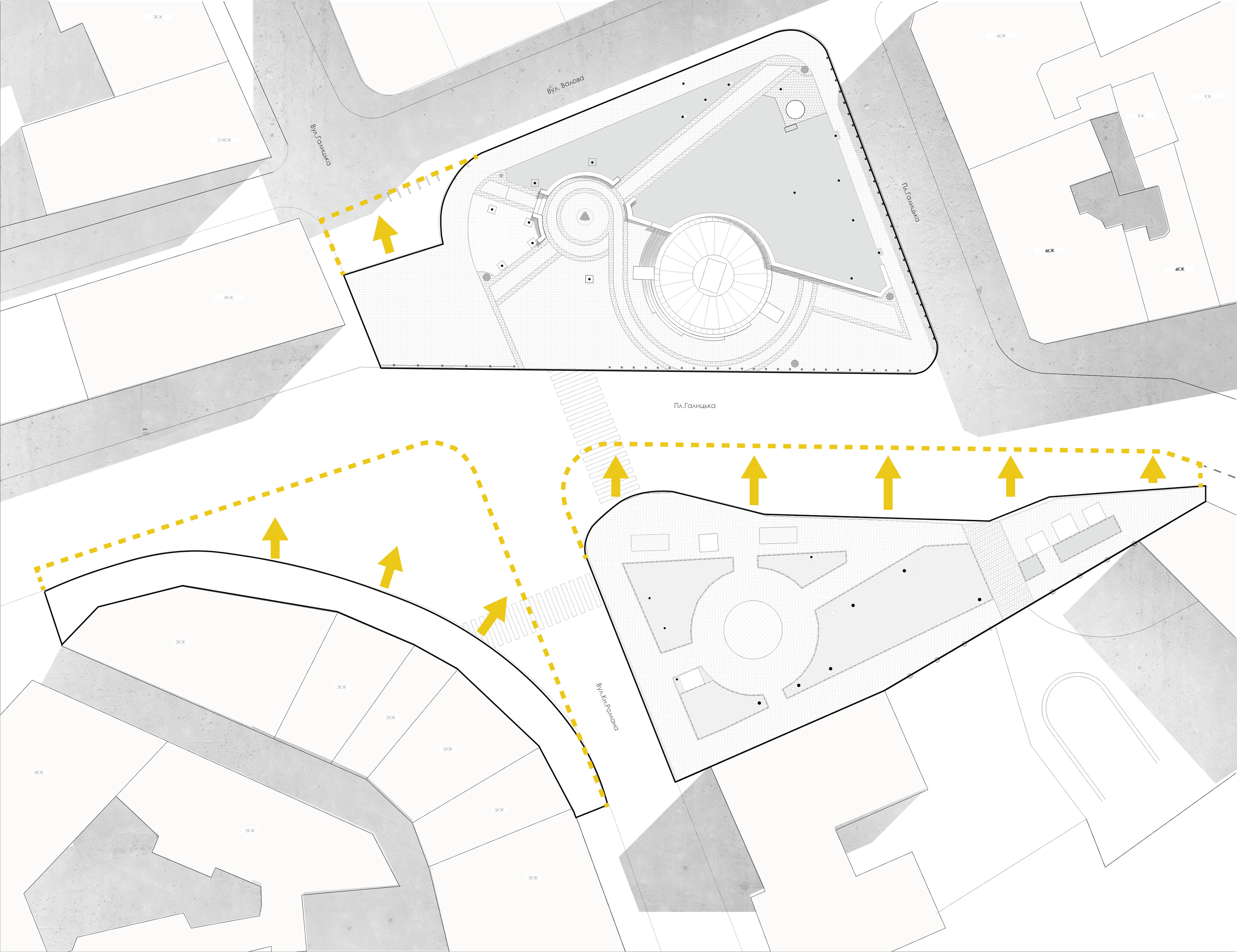 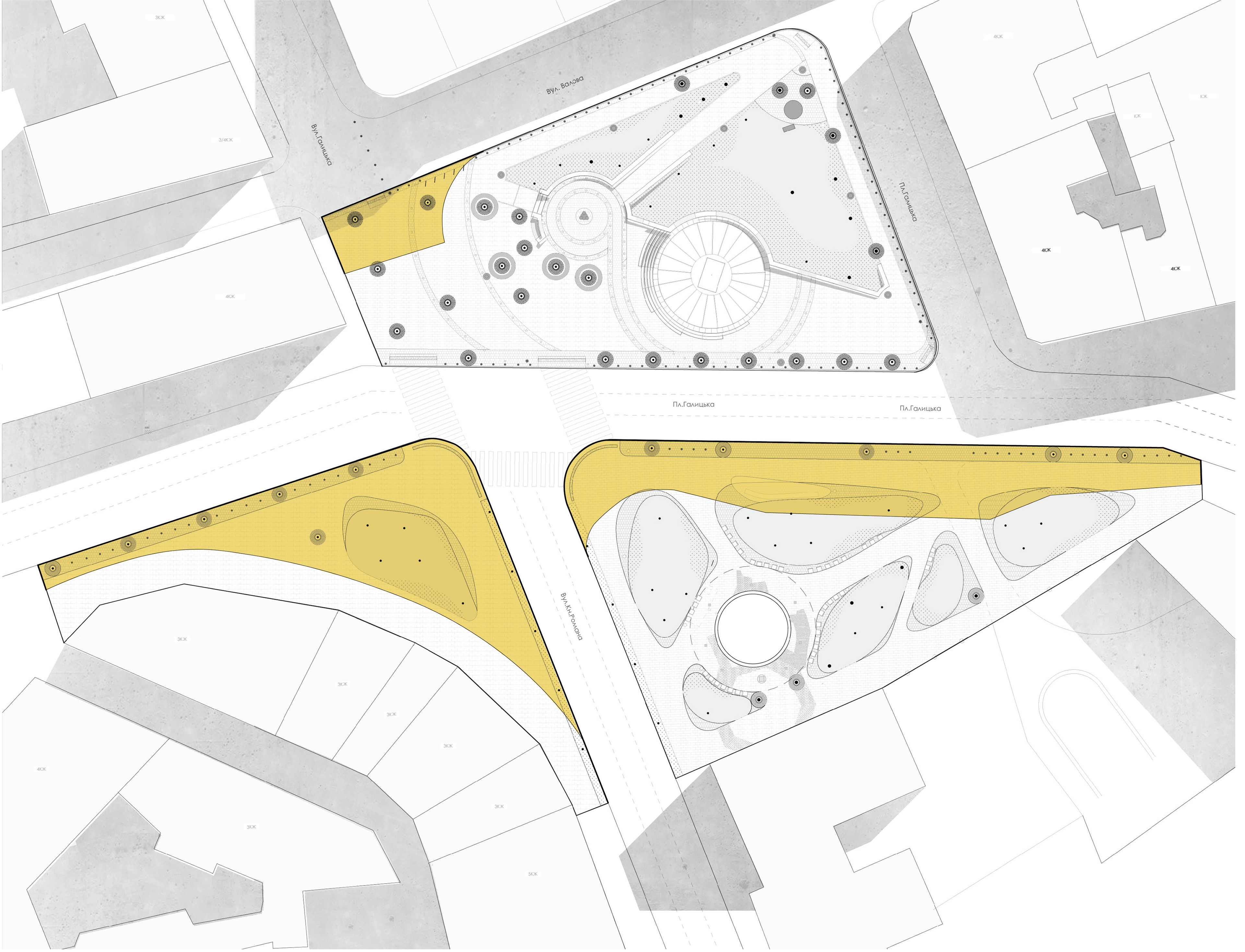 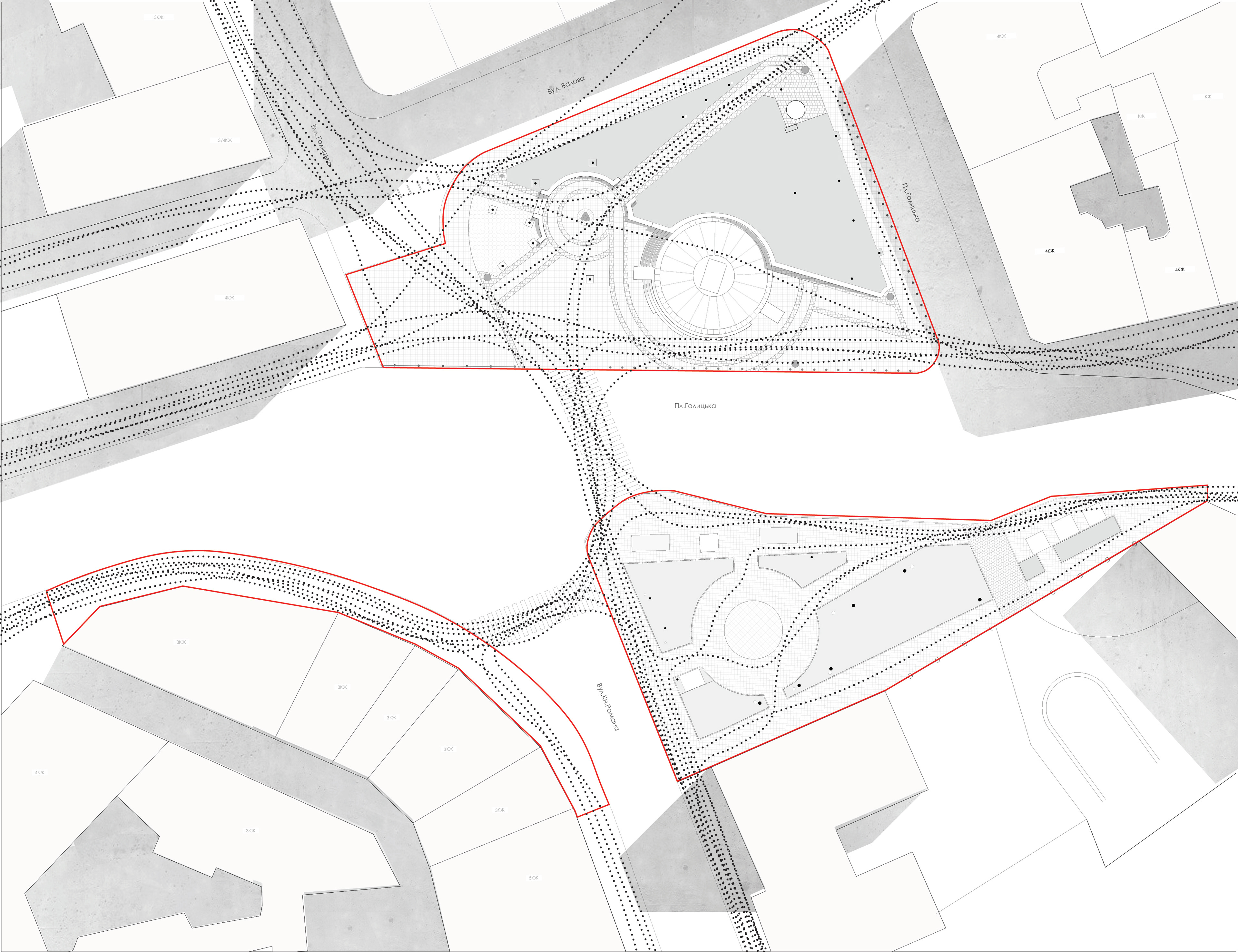 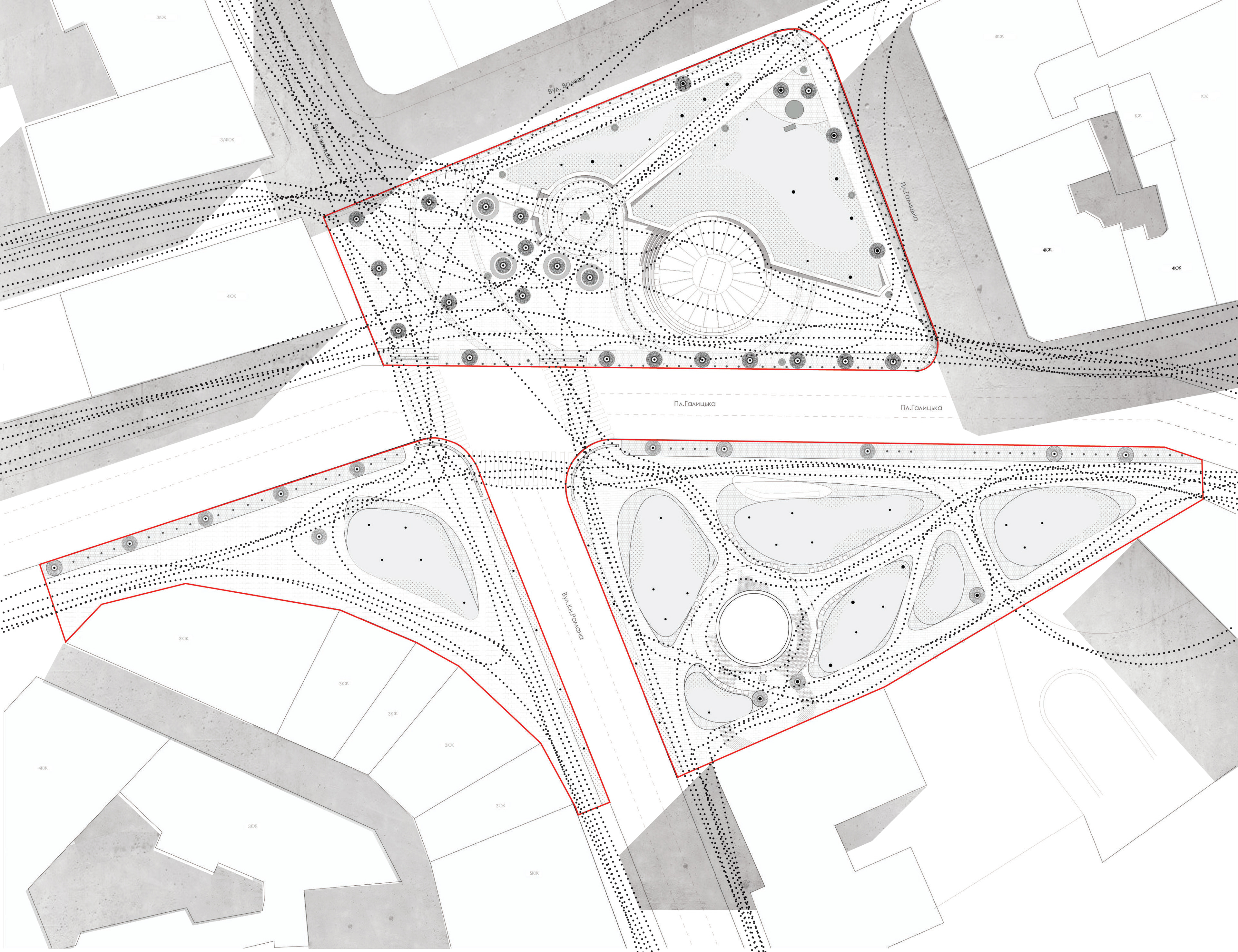 Halytska Square is completely filled with people and functions that take place here. We propose to take away those functions that overload it: less kiosks that clutter the free space for people. And increase free space, especially near public transport stops, near buildings with active facades and near pedestrian crossings.
There is also a completely new piece of public space for the city, due to the reduction of the radius of car`s turn to Knyazya Roman Street, which will also become more convenient and safer for all users.
The fragment of Halytska Square, which is being reconstructed first of all, is the space near the fountain and the fountain itself. Archaeological excavations have also taken place in this area, which have provided many finds, such as the walls of a non-existent church, which will be highlighted in paving.
↑Back to Top